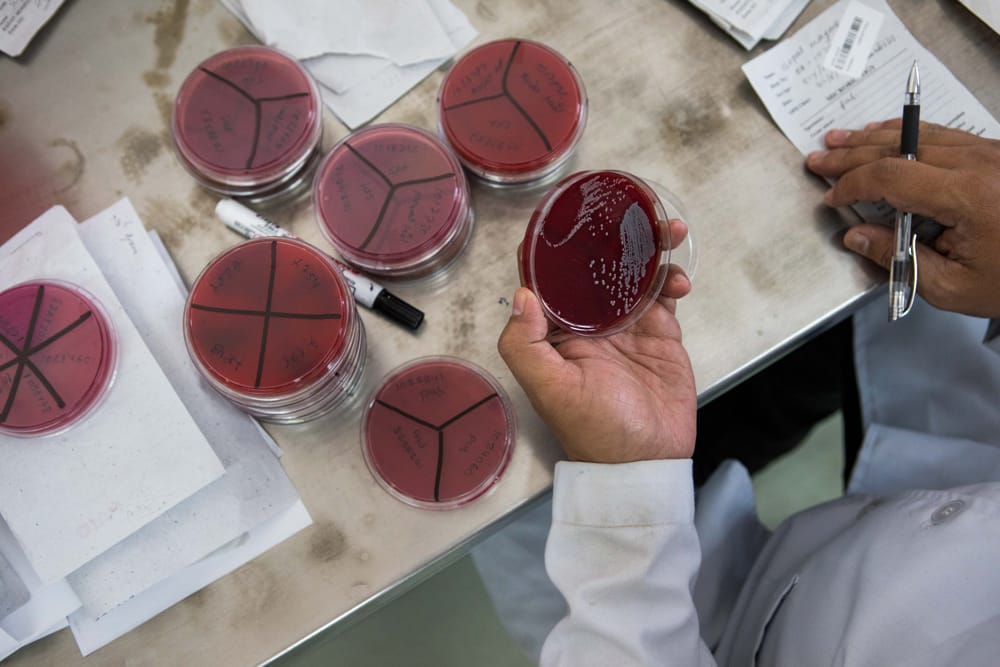 The long-term monitoring of disease, (disease surveillance), allows public health professionals to see trends over time. Surveillance of children admitted to Kathmandu’s Patan Hospital paediatric ward with presumed invasive bacterial disease or pneumonia has continued uninterrupted and with unchanged methods since 2005. These data are helping the Pneumo Nepal Project provide a holistic understanding of the burden and distribution of pneumococcal disease before and after vaccine introduction.

More than 90 distinct pneumococcal serotypes have been identified throughout the world, however only a small number of these serotypes cause the majority of disease in infants. The two pneumococcal conjugate vaccines (PCVs) available on the market protect against ten (PCV10) and thirteen (PCV13) of the most common serotypes, respectively. Decisions about which product to introduce in Nepal were informed by the available evidence from Patan Hospital's surveillance.

Based on specimens collected in the 10 years prior to vaccine introduction, the Pneumo Nepal study estimated that PCV10 would cover 75% of serotypes responsible for cases of invasive disease detected since 2005, and that the three additional serotypes included in the PCV13 product would only increase this coverage by 4%. The same data indicated that the majority of cases of invasive pneumococcal disease were caused by serotypes included in PCV10, suggesting that the vaccine could offer significant protection against pneumococcal disease in Nepal.

Fig. 1 Before Nepal’s introduction of PCV10 (2005-2015), most cases of invasive pneumococcal disease were caused by vaccine-preventable types

Since mid-2009 all admissions, of any cause, to the paediatric ward at Patan Hospital have been recorded daily. Among these children, those with suspected IBD are identified and a detailed case record form has been completed, including demographic information, clinical features and laboratory results. These data form the basis of the childhood IBD surveillance program at Patan Hospital.

In 2019, specifically, there were 17 cases of invasive pneumococcal disease recorded. Information on serotype was available for 15 cases which included 11 (73%) cases of serotype 1, and one each of serotypes 3, 5, 6B and 19A disease. Figure 3 displays the number of cases of invasive disease over time by categories according to vaccine-type.

Analysis of surveillance data as an indicator of vaccine impact is ongoing. For more information, contact our study coordinator.